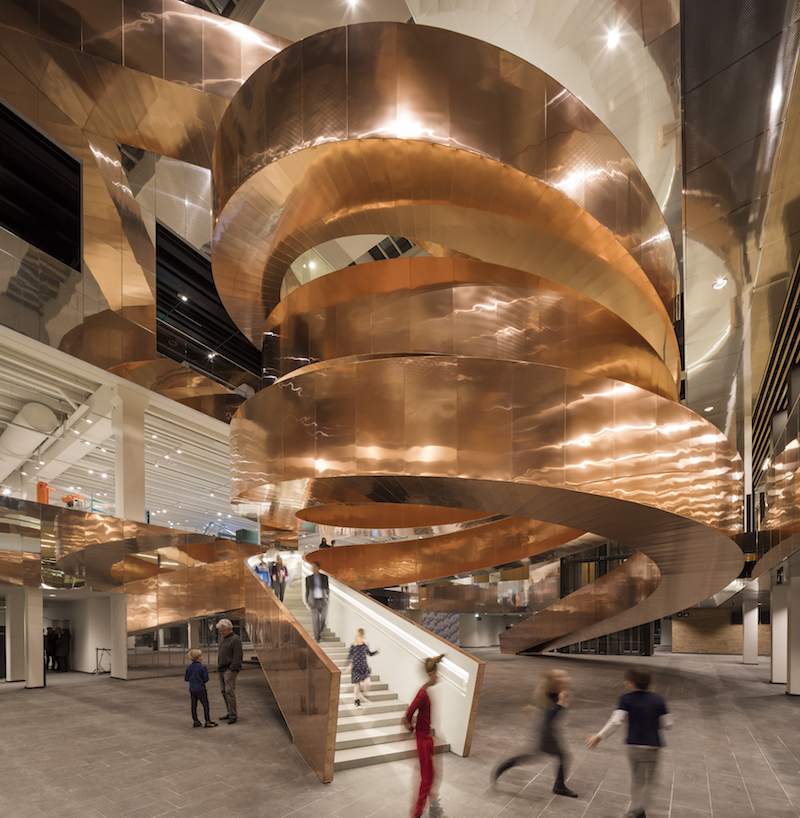 The spectacular new Experimentarium in Hellerup, just north of Copenhagen opened its doors to a curious public on 26 January, 2017.

Denmark’s interactive science centre has existed on the same site since 1991, but an ambitious upgrade has just doubled its exhibition space to make room for 16 exciting exhibitions – including the world’s first-ever interactive cinema. A huge supporter of scientific research in the country, Frederik, Crown Prince of Denmark fittingly did the inaugural honours. 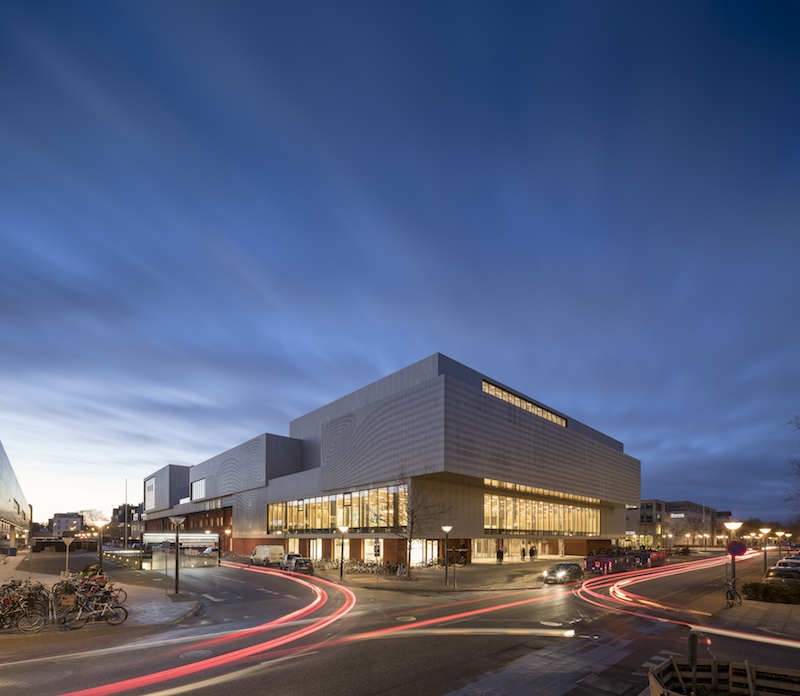 Danish architects CEBRA won the international competition to design the new Experimentarium back in 2011. CEBRA is also the team of architects behind the Iceberg apartment complex, which was one of our favourite buildings in the 2017 European Capital of Culture and Denmark’s second city, Aarhus.

But back to Hellerup. CEBRA took strong inspiration from the centre’s core themes of science and technology for the building’s design inside and out. Perhaps the most obvious and impressive example is the beautifully twisting copper stairway that greets visitors in the main entrance: the spiralling staircase draws inspiration from the double helix structure of DNA. 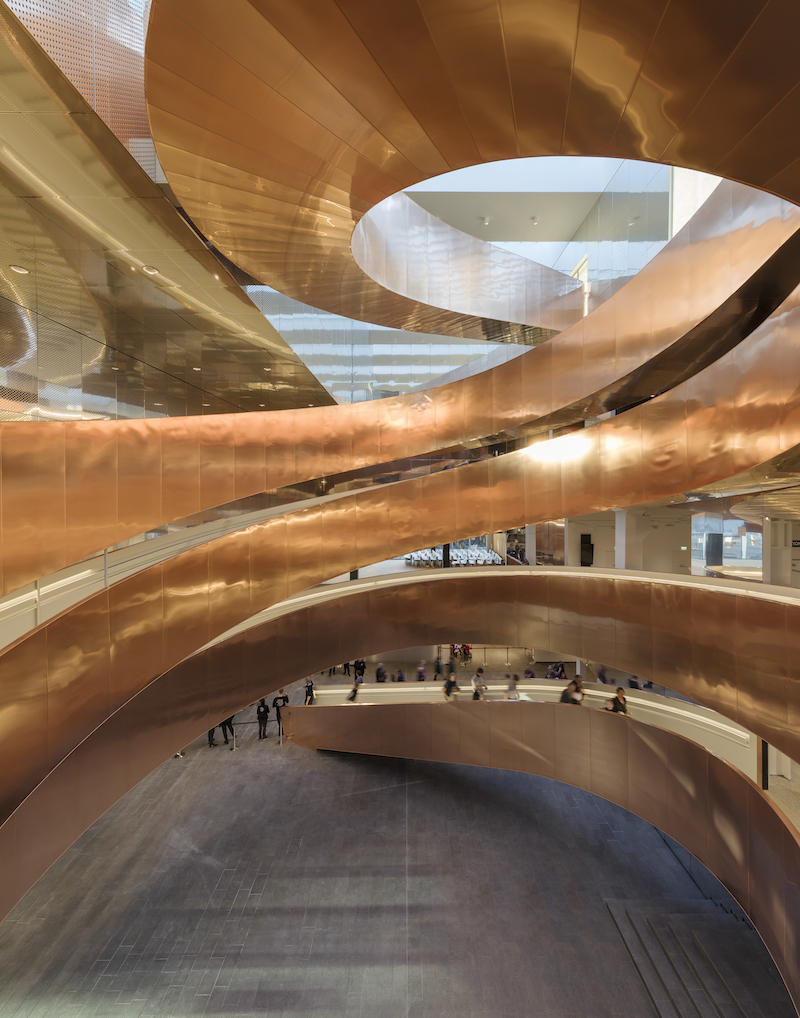 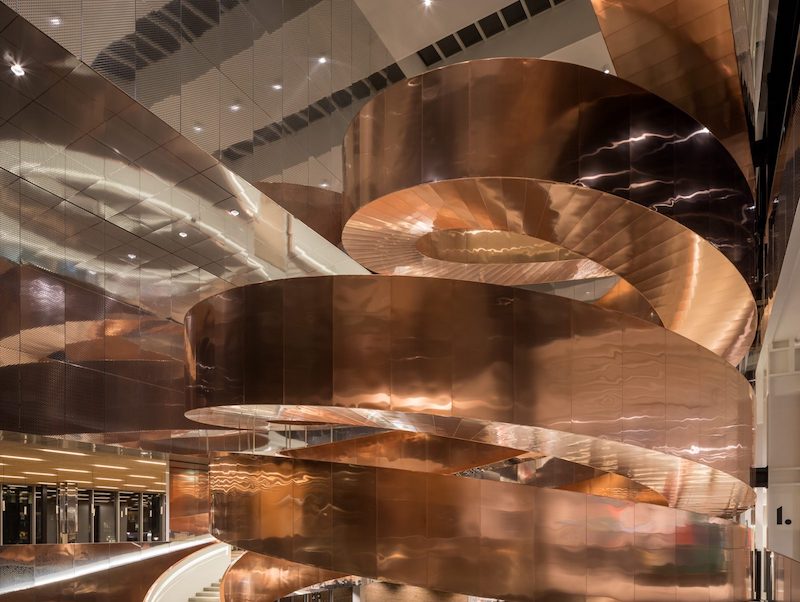 By placing the copper helix stairway right at the entrance, the architects let visitors know straight away that they are entering a centre of scientific discovery. The coiling staircase forms a central focal point between four exciting floors of interactive exhibitions and experimentation. 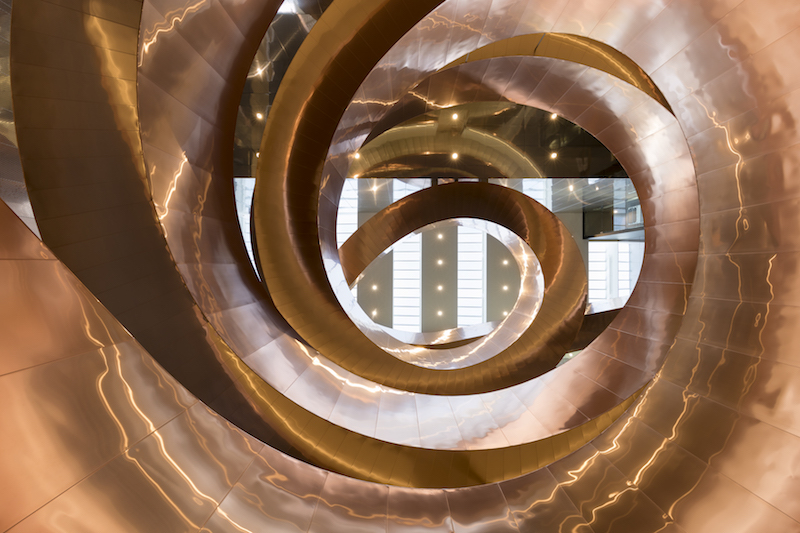 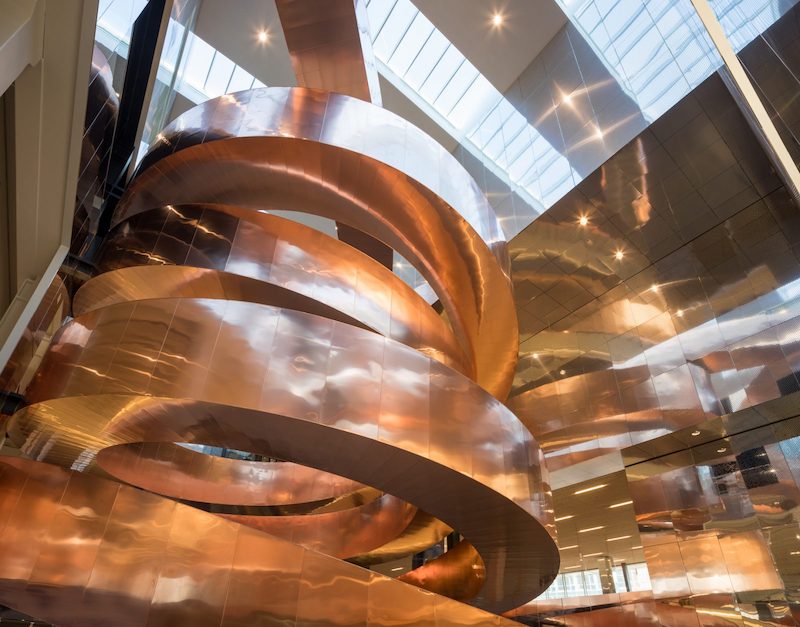 10 tons of copper cover 160 tons of steel in a spiral staircase that winds 100 metres end to end. 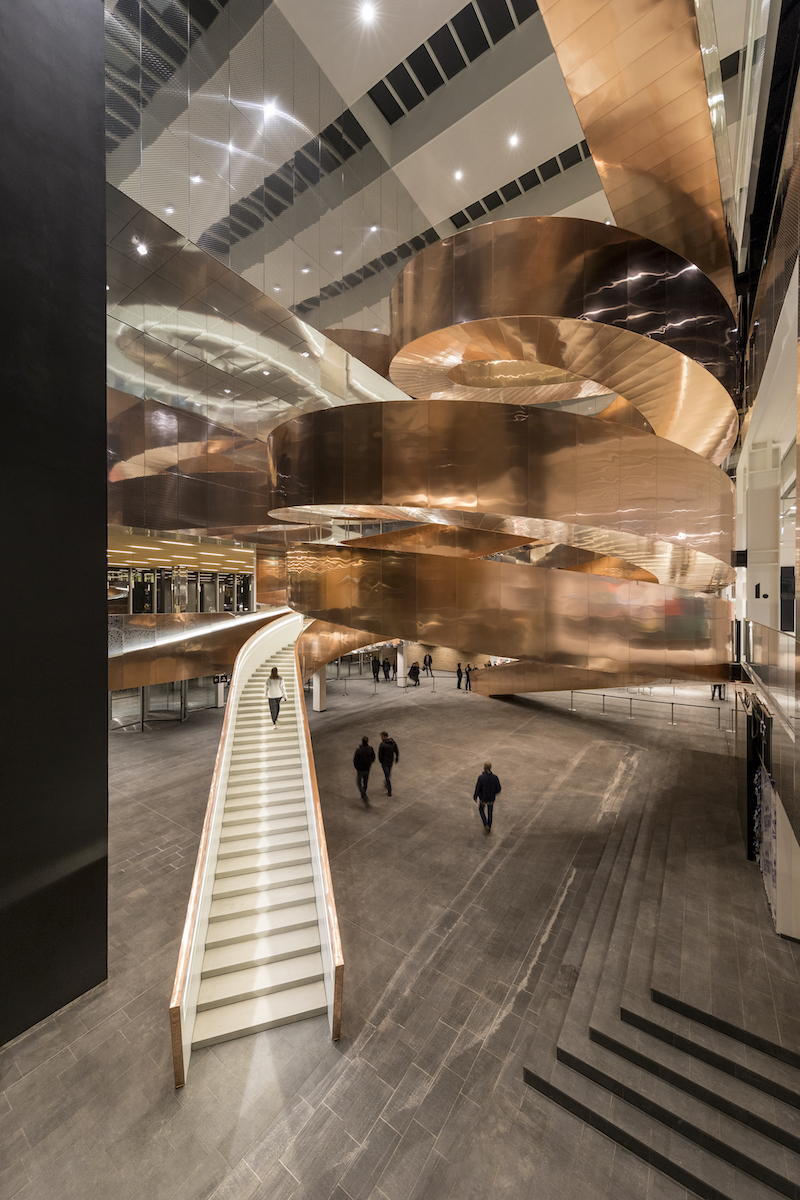 The architects’ nod to science and technology doesn’t end inside. Paying homage to the building’s past as a Tuborg bottling plant, the 28-tonne aluminium facade is partly made up of recycled beer cans. In a collaboration between the Experimentarium and CEBRA, perforated patterns in the aluminium facade are designed to show the dynamics of air and fluids upon meeting resistance. 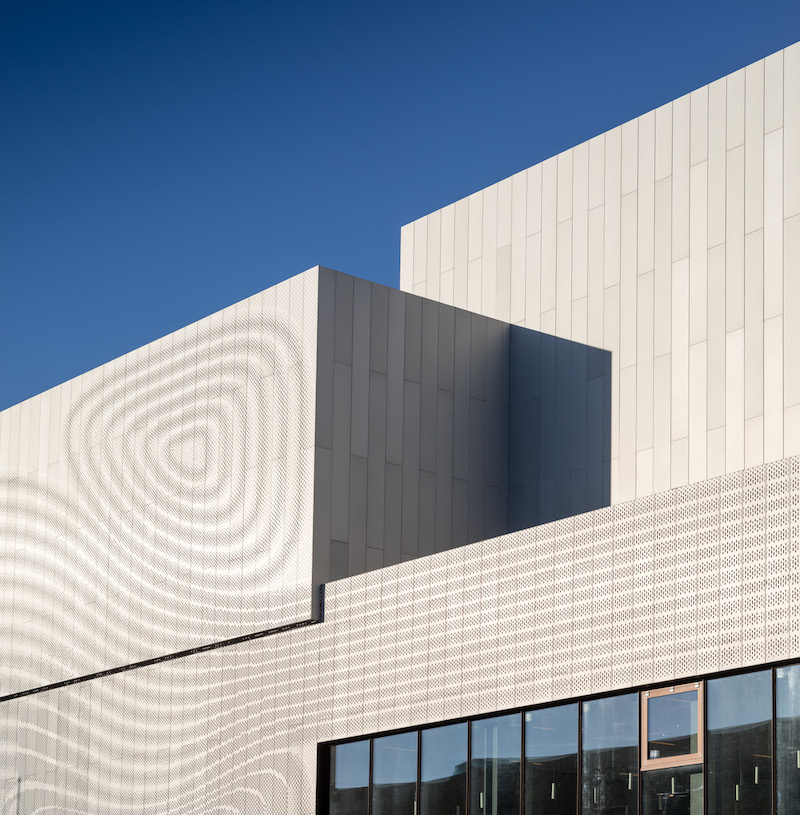 In addition to doubling the exhibition area, CEBRA included a convention centre, teaching facilities, restaurant, picnic area and a rooftop terrace – securing the Experimentarium’s future as a world-class year-round attraction for the Danish capital.